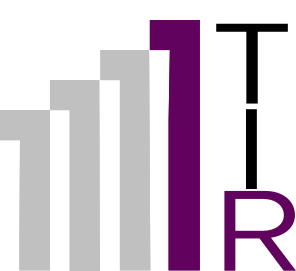 When the Underdog Wins It!! Super Bowl LII and the Olympics

by Jennifer Holmes
in Fun Stuff!
Leave a comment

February 2018 has been quite the month. Between Super Bowl LII and the Olympics, there has been quite a lot to watch on television. But, I have been stunned and excited several times now. Here is why.

Honestly, I was not sure I was going to watch the Super Bowl on February 4th because, after all, my beloved Dallas Cowboys were not in the game. I did not watch it last year either. But, something compelled me to watch anyway. I had nothing better to do at that time of day, so …why not? I could go take a nap if I got bored. It was a Sunday. What is not to love about resting on a Sunday, right? Just goofing off and doing whatever I wanted, or nothing at all.

Boy, am I ever glad I stayed up to watch it. I got the game of a life time! I have had two weeks to process why I was so impressed about this game and it was for many reasons. I am no sports writer, but I love football and I especially love ice hockey with the Dallas Stars. And I never write about sports. But this super bowl game struck a special spark with me because it was an underdog guy coming in to try and take his underdog team in for the super bowl win.

To add to that statistic, their regular quarterback, Carson Wentz, was out with a torn A.C.L. that had occurred back on December 10th, 2017 during the N.F.C. East game, which the Eagles won over the L.A. Rams. So, who stepped up to the plate as quarterback? It was the Eagles backup quarterback by the name of Nick Foles (#9), a 29-year old tall guy, who covered the last 13.58 minutes of that N.F.C. game to clinch that title for the Eagles team. And he won every playoff game after that too! Now, that looked encouraging. Meanwhile, the New England Patriots won the super bowl last year, and were the favorite to win this one. This was going to be a tough game.

So, I decided I would root for the Eagles underdog quarterback and his team. Send up prayers, do many fist punches, and just hope that he and the team made it. I am not normally excited about other football teams, but there was something going on here. I smelled a story – and a good one – in the making. Then comes the day of the game.

I was already on the edge of my seat as the game got started. I just really wanted Nick Foles to win, to show that he could do it, that he could save the team and make everyone stars by winning their first super bowl ever. And it was close, including some tricksy little maneuvers along the way that even got Foles to the goal line for his own touchdown reception! I was screaming in my chair as the last minute and seconds rolled by. It was a game to remember!

The celebrations were fun too! We all saw the pictures of Foles’s wife, Tori, with their 7-month old daughter, Lily James, who was sporting her personal pink set of ear phones. A smart move by the parents because it shuts out a lot of that ruckus that goes on during a game, which scares many young children when they cannot process what is going on around them. Then Dad carries her around too, even though she has no clue what is happening, except that she is safe and happy in Daddy’s arms. I am sure there was a collective sound of “aww” going around the nation at that point. I was happy for the Foles family and for the Philadelphia Eagles. It will probably be the only time that I root for another team, but this one was worth it.

The Red-Headed Snowboarder at the Olympics

After the high from Super Bowl LII and Nick Foles, another story popped up over a week later. This one was about 31-year-old Shawn White, who already had two Olympic gold medals, although he did not reach the medal podium in the 2016 Sochi games. If only he could win just one more time.

In the second to last run on the halfpipe, he went down, and that reduced his score. That meant the last run would be a do-or-die run, as the other two top contenders, Australia’s Scotty James and Japan’s Aymu Hirano, had put out top level runs in the other rounds. Yet, in the final run, both James and Hirano made mistakes during the last run, meaning that, just possibly, White might have a chance at the gold.

Everyone held their breath as he started that last run. While I do not know names of the various maneuvers, I can tell if he gets high enough and completes all the twisty turns, and lands well to move into the next maneuver. There are the 1440s which require four full revolutions and he did two in a row, according to other reports in the sports field.

All I know is that after each landed maneuver, I exhaled. Then I inhaled and held it for the next one. Listening to the sports announcers, I could tell it was looking good. It was an amazing run, with no visible (to me) mistakes, and when he finished the last one and held up both arms, I knew this was going to be a monumental decision by the judges. Sure enough, White got the gold medal.

It is amazing to watch the physical abilities of athletes such as White, or even Foles, both considered a bit older than the norm for their respective games. When the chips are down, they pulled themselves up, and got down to business despite any problems they might have had, personal or in business. They go for it. They might be fearful, briefly, but in the heat of the moment, when it is needed, they put it all out there and get the job done.

They are winners, despite all the odds. I love that. The underdogs won this time!

The other side of this set of stories is that you should never give up. You never know when your time is going to come to have a chance at the top, to step up to the plate and get the job done with an excellent outcome.

© 2018 by The Investigative Researcher.  Click on the right side RSS icon to receive notifications of new posts.

This site uses Akismet to reduce spam. Learn how your comment data is processed.